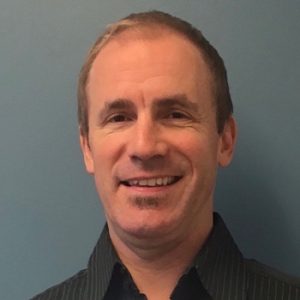 As Executive Director, Chris manages the strategic, administrative, and programmatic aspects of the Fair Trade Federation. He also represents and promotes the FTF community of fair trade enterprises globally, and their holistic approach to trade that values the health of the planet and the labor, dignity, and equality of all people.

Chris has dedicated much of his professional life to strengthening fair trade enterprises and promoting the values and principles of the fair trade movement. Prior to joining the FTF staff in early 2016, Chris spent over 5 years as a Regional Sales Manager for Ten Thousand Villages US, then served as Director of Training and Development for 7 years, which included leading and facilitating events, conferences, and fair trade business development. Although his passion for fair trade began in 1996 in Canada, it was solidified during a trip to India and Nepal in 2008, where he saw the impact of fair trade, first hand.

Chris earned a BA in Social Science at Cleveland State University, and a Master’s Degree in Organizational Leadership with a Graduate Certificate in Human Resources from Southern New Hampshire University.