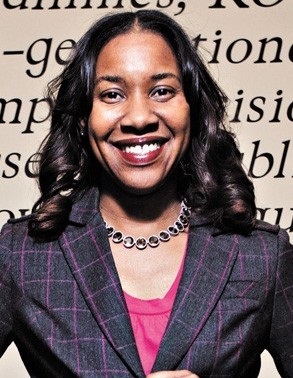 Jay Travis has been a trainer with the Midwest Academy since 2015. She brings deep experience with youth organizing, education reform, labor alliances, the fight for racial justice. She is currently the CoDirector of the national Alliance to Reclaim Our Schools.

Jay’s commitment to racial justice and democracy at the grassroots level dates back to a challenge she and her fellow students received from a guest speaker when they were students at Columbia College in Chicago: sure, they talked big about politics and the oppression of black communities, but were they doing anything? Jay and four of her friends joined their neighborhood organization, the Kenwood Oakland Community Organization (KOCO), and formed a group of student activists working for racial and economic justice on the south side of Chicago. Jay went on to work for the American Friends Service Committee, organizing in communities across the country. At age 28, she became executive director of KOCO, and built it to become a major force working for better housing, education, and youth employment in the community. In addition to her work at KOCO, Jay has played leadership roles in building local and national organizing alliances for education justice, helping to building strong labor/community alliances. She has worked at two funders, the Woods Charitable Fund and, most recently, the Funders Collaborative for Youth Organizing. She took time out from her nonprofit work to run twice for State Representative in the Kenwood-Oakland area. She came close but didn’t win; her leadership was critical in building a strong south side political activist organization.

Jay did her undergraduate work at Columbia College in Chicago and received her master’s degree from the School of Social Service Administration at the University of Chicago.