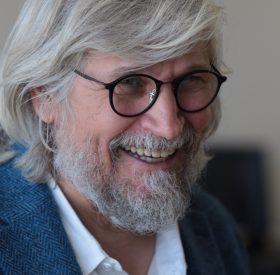 Dr. Rudi Dalvai is an economist by academic discipline and has served as WFTO president since 2011. He joined the Fair Trade movement in 1985. From 1987 to 1989, he was managing director of EZA, the Austrian FTO. He is a founding member of Ctm-Altromercato, a FTO in Italy, where he is currently leading work on an innovative Fair Trade tourism project. He has previously served as Vice President of Fairtrade Italy, a member of Fairtrade International, chair of IFAT/WFTO, and, most recently, a board member of the Fair Trade Advocacy Office (FTAO) in Brussels.

For more than 25 years, he has been working in the field of Fair Trade standard setting and the development of a global guarantee and certification system for Fair Trade. During his Fair Trade activity, Rudi has visited hundreds of Fair Trade producer organisation in Latin America, Africa and Asia, with the aim to build Fair Trade trading relations.